Anyone hearing the term “blockchain” will be forgiven for thinking it had something to do with a cryptocurrency such as Bitcoin, or a fintech you might want to bank with. In a recent survey, healthcare professionals worldwide ranked it behind other technology trends in importance that included digitalisation, AI, big data, IoT and 3D printing. 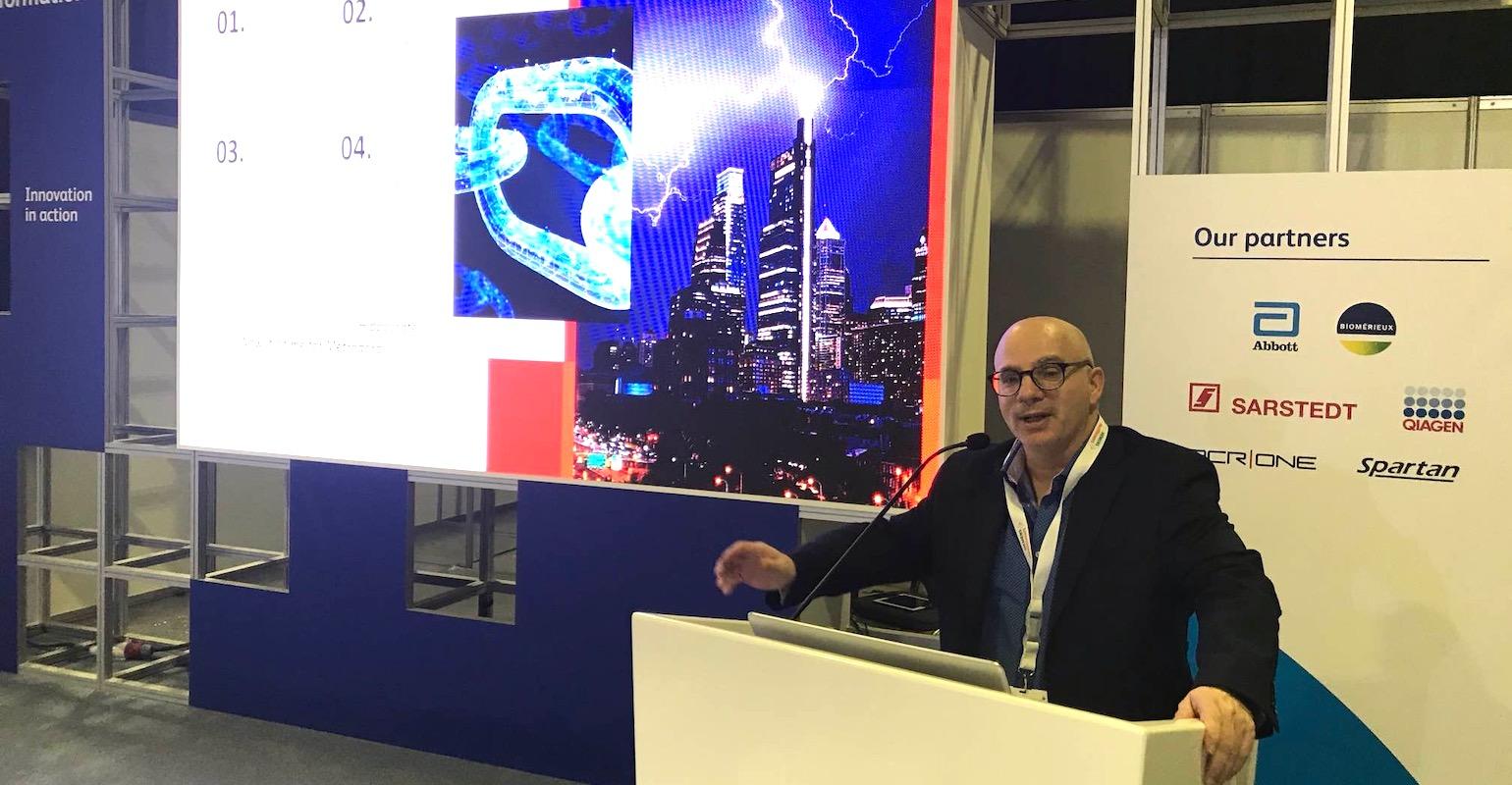 Yet blockchain has a growing part to play in healthcare’s evolution. Edward Bukstel is the highly animated CEO of Clinical Blockchain, a Philadelphia startup focused on organising, sharing and securing patient health records through blockchain. Projects he has worked on include blockchain products for workers compensation, medical bill negotiation, and federated learning and authoritative information platforms.

With three decades of experience behind him - he started the business after a 30 year background in clinical data integration, data security and communications - he has a firm view of where blockchain is headed.

Bukstel will reveal more at Omnia Health Live, of course, on 24 June when he will be discussing the impact of federated learning and unique secondary medical data silo products using blockchain.

There is also the small matter of a pandemic, and blockchain's part in its response and recovery.

Payers have been holding off for that reason for years, Bukstel said, but this “pushback has crumbled” and there will be a surge in telemedicine services, in mental health especially. Calls to a national mental health hotline saw an 891% increase compared to the year before. Bukstel also suggested Millennials are in favour of telemedicine, although they are more cost-conscious.

Despite this, the interoperability of systems could be a problem. There are national telemedicine platforms, such as MDLive and Teladoc Health, and local platforms. Disconnects exist between the providers and systems involved in patient care.

Bukstel would like to see greater connectivity between telehealth platforms and local providers, and offered as an example Cloudbreak Health, a unified telemedicine platform focusing on the local or rural delivery of telehealth through providing solutions to hospitals nationwide.

But having the capability to share medical records - which includes financial and personal information - between national telehealth platforms and local providers will be absolutely critical, Bukstel believes, and blockchain is the answer to this.

As a distributed ledger technology, blockchain provides the means to transport information efficiently from one telehealth platform to another. Patient control of their own data and consent authorisation will increase patient choice, and ensure that providers have a better clinical picture of the patient. It will also allow data exchanges to be conducted openly and transparently - with COVID-19 impacting many industries, transparency is especially key.

“Battle of the AIs”


Bukstel is also excited about the potential of other technologies. Once telehealth is firmly established, it will lead on to other innovations opening up - such as the Internet of Medical Things (IoMT), a connected infrastructure of medical devices, software applications and health systems and services.

The true magic will begin when IoMT is combined with AI. Telehealth will have the ability to make “incredible” diagnoses, although how all this is reimbursed remains to be determined.

Bukstel also warned of bias. Different AIs - whether from Google, Microsoft, IBM or Amazon - will be employed by different hospitals, clinics and platforms, who will market themselves accordingly (in a way similar, he suggested, to how providers today tout their MRI as the most advanced). Doctors, too, will have their AI preferences.

For the patient receiving “encyclopaedic analyses” on their individual health conditions from multiple AI sources with built-in biases, it will be especially challenging to figure out. But with blockchain having the ability to interact with different AIs, there is an arbiter which could provide anonymity and lower the bias thresholds.


Edward Bukstel will be speaking at Omnia Health Live on 24 June 2020 on blockchain’s role in COVID-19 response and recovery. Register for free to learn from him and other leaders in healthcare.