Brought to you by

“Healthcare is a dinosaur, “ the Baltimore founder of digital health platform Ver2 began, setting the tone for what was to become an interesting conversation.

Related: The future is not what it used to be: How AI can be a force for good in healthcare 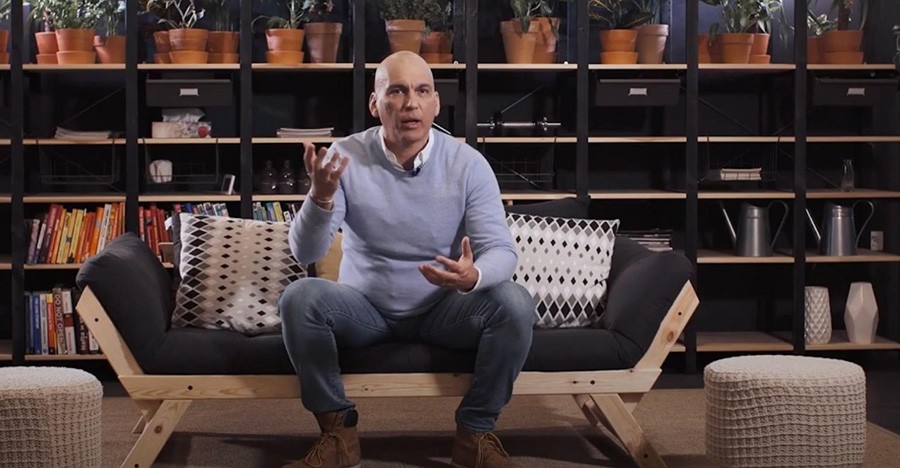 He had come to the UAE, a future global centre of digital health excellence in his view, to play his part in disrupting healthcare, an industry he believed was antiquated, inefficient and disablingly risk-averse.

He was equally dismissive of education, which like healthcare put smart people on pedestals. University professors and doctors have been deified through the ages, he stated flatly, from the time medicine and education were borne out of religion.

But change is afoot, and this “deification” will disappear with AI, a technological revolution that will see everyday tasks shifted from expensive doctors to “super nurses” (more of this later).

Today’s traditional medical education model, the Baltimorean continued, is a disaster (“at the typical CME program, you see a room full of people playing Candy Crush”). A participant or attendee will forget 80 percent of what was taught.

There is another benefit. Virtual learning has the potential to attract the biggest names in healthcare - the “A team” - simply because star performers are better able to dedicate an hour in their typically hyper-busy schedule to share knowledge online, instead of losing a week to fly across the world to lecture in person.

Projecting this vision of the future, de Francesca presented the following intriguing scenario: an individual visits a Sim City or Second Life-style virtual medical campus in the form of an avatar. Walking down Main Street the individual enters the Johnson & Johnson Library (by way of example), the “most massive medical library on Earth.”

Admission into the library would be free, or perhaps costing no more than $20 - different pricing options are possible. After 15 minutes, the avatar rushes to attend a lecture in a nearby building, also delivered by an avatar. It will, de Francesca believes, democratise medical education.

The age of the AI-powered super-nurse

While virtual worlds are not quite there yet, despite early promise, de Francesca is convinced of the immediate impact of one technology in particular: artificial intelligence. He quickly offered the example of AI unicorn Babylon Health and highlighted recent successes made in drug discovery using machine learning.

Yet he was also keen to stress that AI was still very much in its infancy with its best still another decade or two away. Furthermore, its capabilities will be truly unleashed with the introduction of another powerful innovation.

When dropped on top of a quantum computer, de Francesca explained excitedly, AI will realise in just 3 minutes - the time it takes to boil an egg - what it will take a conventional computer to achieve in 10,000 years.

It’s a jaw-dropping proposition that sounds more like the realm of science fiction. de Francesca himself is in no doubt the results will be “incredible.”

There will be no more clinical trials with humans involved in the new quantum era, as large molecules will be simulated (today’s supercomputers can only simulate molecules of several hundred atoms); However, de Francesca stressed that quantum-powered AI won’t be replacing people altogether – There will be significant task shifting from doctors, to other humans and from doctors to thinking machines.

Instead, its role will be in pattern recognition and automated data retrieval, analysis and comparison. Augmented with AI, caregivers will be allowed more time with patients, resulting in greater empathy and quality of care. The age of the super nurse will have arrived.

But there is an additional benefit: cost. A decade from now, 300-qubit computers will drive pharma costs through the floor. The cost of care will be overall reduced through a powerful combination of AI augmentation, precision medicine, stream analytics, genomics and other innovations.

Instead the next 20 years will see the greatest advances emerging in Africa, while cities from Chicago to London persist with existing healthcare systems and medical technologies, as ossification prevents any real change from happening.

Growing populations and increased demand for care in Africa met with flat supply (estimates suggest it will take 300 years to close the gap) present a major opportunity to do things differently, and over time countries such as Ethopia, Rwanda and Zimbabwe may even eclipse the US and UK in healthcare. Out of necessity they will embrace new technologies.

It’s an extraordinary assertion given the turmoils some of these countries have historically faced, but it’s already happening, de Francesca pointed out.

With Rwanda inking a partnership with UK startup Babylon Health recently, nationals are doing health checkups through smartphones with AI. Similarly, Zimbabwe has a strong healthcare infrastructure they’re looking to build upon.

de Francesca’s Ver2 is playing its part too, looking to establish new healthcare models in Liberia and Sierra Leone. This includes building a strong healthcare workforce.

However therein lies a challenge. With people having to be trained and educated, today’s training materials are already out of date - medical knowledge doubles every 73 days (a statistic shared by Microsoft’s Tom Lawry recently).

Similarly, there is a more existential challenge: any student in Africa looking to become a radiologist or pathologist today (there are relatively fewer radiologists in Liberia and Ethiopia compared to in the US and UK) will likely face the prospect of seeing AI impact their role in the not too distant future. de Francesca suggested that they could train instead to become advanced caregivers offering more compassionate care.

While talk of a healthcare revolution remains speculative, de Francesca favourably compared today’s situation with the Victorian era, when the greatest improvement to public health came not from medications or surgical procedures but from the implementation of sewage system networks offering Londoners clean drinking water.

Despite popular misconceptions, today’s technologies will have a similar public benefit.

While many are concerned about a future where AI replaces and dominates humans, “I don’t feel certain that AI would wipe us out, “ he laughed. “I would be the first to hand over the keys to the kingdom.”

Be a part of Africa's largest virtual healthcare event

List your company with Omnia Health Live - Africa for the chance to generate leads and showcase your brand. You'll have the opportunity to connect and network with the healthcare community throughout the African region and beyond - all from the comfort of your home or office.