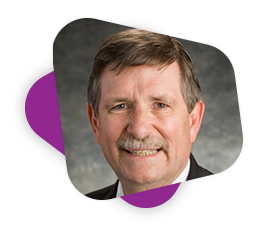 Dr. Sautter, a native of Detroit, Michigan, did his undergraduate studies in biology at Eastern Michigan University followed by a Master of Science degree at the same university. He received his Doctor of Philosophy majoring in microbiology at Wayne State University. Dr. Sautter served as the director of microbiology for the Pinnacle Health System in Harrisburg, Pennsylvania from 1982 to 2005. He served as director of Point of Care for Pinnacle between 1997 and 2005. He has also served as Clinical Assistant Professor of Pathology at the Penn State University College of Medicine in Hershey, Pennsylvania. Additional educational affiliations include Adjunct Faculty for Continuing Education at Penn State Capital College in Middletown, of Biology at Millersville University, of Biology at Shippensburg University, of Biology at Slippery Rock University and the Department of Science and Mathematics at the Harrisburg Area Community College, all in Pennsylvania. Dr. Sautter was named the Director of Microbiology, Laboratory Director, Mecklenburg County Health Department and Point of Care for the Carolinas Pathology Group, Carolinas Laboratory Network in 2005. He has over 125 published abstracts and over 70 papers published in peer-reviewed journals and CE laboratory documents, see selected publications below.

Whether in person or online we enable deeper learning, relationships and decisions.
Staging 15 exhibitions, 110 conferences and reaching over 700,000 healthcare professionals we are where the world of healthcare meets.