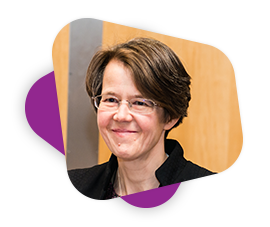 She trained initially in obstetrics and neonatology, completing a DPhil investigating the pathogenesis of pre-eclampsia, before becoming interested in epidemiology and population health. She therefore undertook specialty training in public health, becoming a Fellow of the Faculty of Public Health in 2006.

Professor Knight’s research focuses on using national observational studies to address clinical questions concerning severe complications of pregnancy and early life. She joined the National Perinatal Epidemiology Unit in 2004 and set up the UK Obstetric Surveillance System (UKOSS) in 2005 to undertake national studies of uncommon and severe morbidities in pregnancy. To facilitate multinational collaborative studies of severe maternal morbidity, Professor Knight set up the International Network of Obstetric Survey Systems (INOSS) which she chaired from 2012-16. She has led the UK national Confidential Enquiries into Maternal Deaths and morbidity since 2012. She holds £8,558,889 in research funding as principal investigator and £24,758,785 as co-investigator.