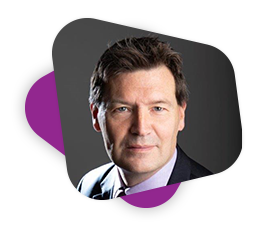 He has been a consultant at UCLH since 1999 and specialises in caring for women with medical problems in pregnancy and complicated births. His research interests are in the same areas.

The first baby he helped into the world was in 1989, and since then he has delivered over 7,000 babies.

During his time at UCLH he has been Obstetric Lead, Governance Lead and Clinical Director of Women’s Health.

As Vice President of the RCOG, he works to improve the health of girls and women in the U.K. and worldwide, and on behalf of the profession of obstetrics and gynaecology. Recently, for example, he has been working with the President, Eddie Morris, and the team at the RCOG on helping pregnant women, and women with gynaecological issues, and their doctors, to deal with the COVID-19 pandemic.

He has also been Secretary of the Obstetrics and Gynaecology section of the Royal Society of Medicine.