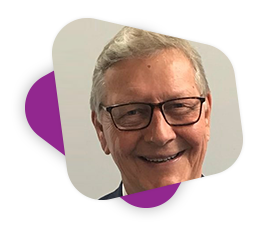 Dr Durkin is Senior Advisor on Patient Safety Policy and Leadership for the NIHR Imperial College Patient Safety Translational Research Centre. He is Director of the Global Patient Safety Collaborative, launched in 2019 as a partnership with WHO and the UK Government. He is a Visiting Professor at the Institute of Global Health Innovation, Imperial College London, and the University of the West of England. He is an associate Non-Executive Director of NHS Resolution and is Chair of the Management Board of the NICE National Guidelines Centre.

He has held clinical, research and faculty appointments in cardiovascular anaesthesia and critical care in London, Bristol and Yale Universities. He started his medical management and leadership career as Executive Medical Director at Gloucestershire Royal Hospital from 1993 to 2002. He was the Medical Director of the NHS across the South of England supporting a population of 16M and all NHS organisations. In 2009 he was appointed the UK National Director for VTE, convening the Berwick Advisory Board in 2013. He led the development of the National Patient Safety Alerting System, the 15 Patient Safety Collaboratives across England and with The Health Foundation, the Q Fellowship to build a community of 5000 quality improvers, and in 2015 he Chaired the EAG to deliver the Healthcare Safety Investigation Branch (HSIB). He led the establishment of Ministerial Global Summits on Patient Safety which have now been held in the London (2016), Bonn (2017), Tokyo(2018) and Jeddah (2019) and in Montreux, Switzerland in 2020.

He was appointed an OBE by Her Majesty the Queen in 2017, and to the Honorary Fellowship of the Royal College of Physicians, both for services to Patient Safety.

In 2018 he was elected as an Inaugural Member of the International Academy of Quality and Safety and sits on national and international research, policy and patient safety Advisory Boards.
Register for free