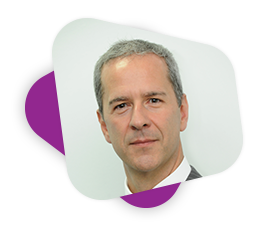 Dr Paul Bosio graduated from the Dublin in 1991 and undertook his postgraduate training in obstetrics and gynaecology in Ireland and the United Kingdom. He has been a Member and then Fellow of the RCOG since 1998 and was awarded a Doctorate in Medicine from University College Dublin in 2001 for his thesis Maternal Central Haemodynamics & Vascular Endothelial Function in the Hypertensive Disorders of Pregnancy. He is a member of the British Maternal & Fetal Medicine Society since 1999 and the MacDonald UK Obstetric Medicine Society since 2003, as well as a former UK regional advisor for APEC.

Dr Bosio has held consultant posts in obstetrics and maternal medicine in the UK NHS since 2001 at University Hospitals of Leicester and Birmingham City Hospital, as well as Honorary Senior Lecturer tenures at the Universities of Leicester and Birmingham. His research and academic portfolio includes over 50 oral & poster presentations at national (UK) & international conferences and 45 peer-reviewed abstracts, letters and original publications between 1996 and 2013. He is the recipient of awards and prizes from the Royal Academy of Medicine in Ireland, the USA Society of Perinatal Obstetricians, the British Maternal & Fetal Medicine Society, the Royal College of Obstetricians & Gynaecologists and the International Society for the Study of Hypertension in Pregnancy.

Dr Bosio has widely recognized special interests and expertise in maternal medicine and high risk obstetrics as well as perinatal risk management and service redesign in women’s health care. He is married with four children, a sports enthusiast and a mad Liverpool FC supporter.